One of my Raspberry Pis is connected to a VLAN through a cheap Netgear switch, and on that VLAN there is a /24 IPv4 network and a /64 IPv6 network.
On my regular (untagged) LAN, different IPv4 and IPv6 networks are used. 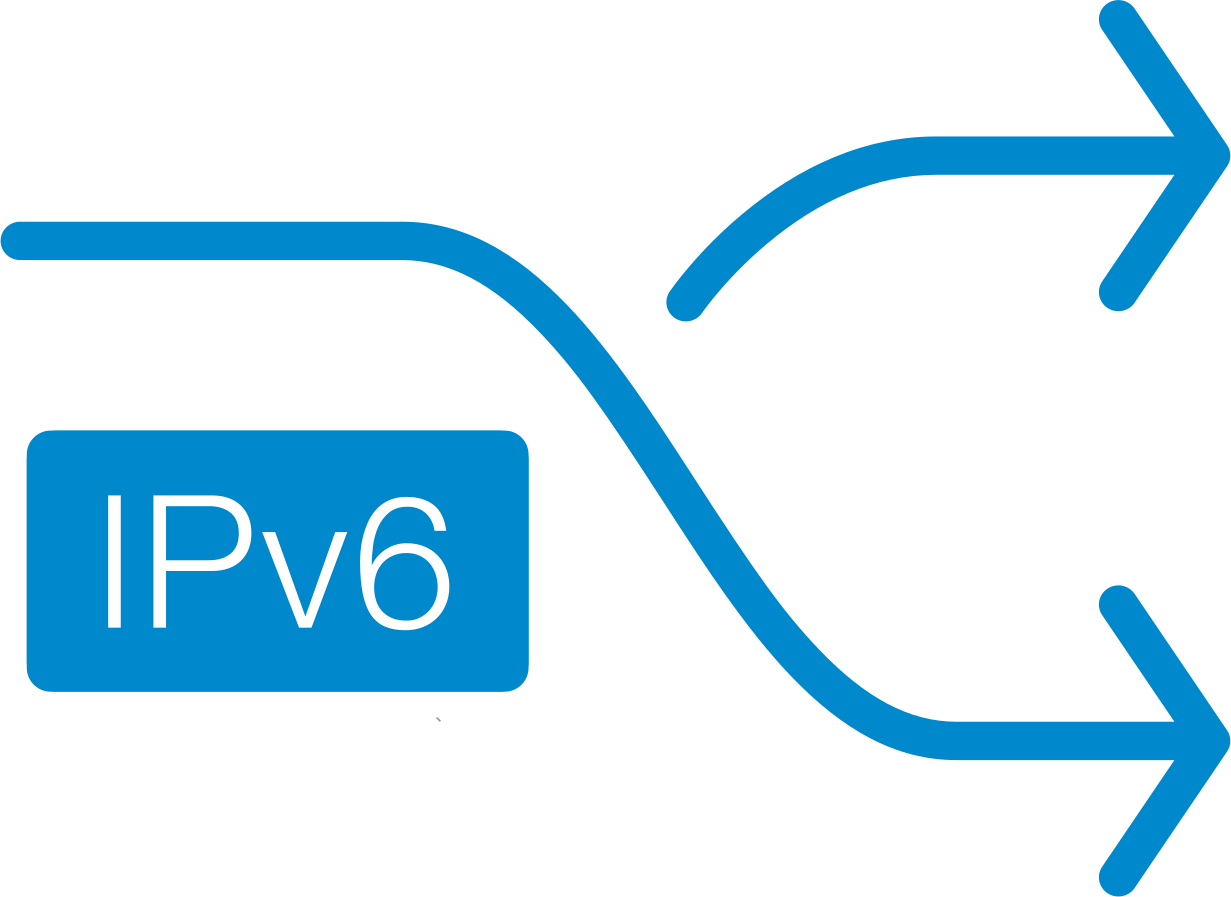 I noticed that somehow the Pi kept getting a route for the LAN /64 through its ethernet interface, without going through the router. That is not supposed to happen. As soon as I deleted the route (sudo ip route del IPv6_NET/64), it was re-added. This prevented any of the two subnets to talk to each other through the router, because the Pi did not send the traffic to the router, but tried to send it as if the other host were on the same network segment.

Then, suddenly, I remembered that I had to restart that stupid switch because I had to move its power brick to a different outlet: somehow while booting it ignored all VLAN configuration, so for a few seconds the Pi was connected to the main VLAN, got the route advertisment whiche for some reason dhcpcd kept hanging on and dutifully re-adding every time I deleted it.

Even though I’ve shifted all the routing functionality of my LAN to the excellent pfSense (and specifically to a PC Engines alix2d2, for the time being), DD-WRT still plays a role in my network, since it powers a couple of my access points. One of its key features that I rely on is the ability to make two or more SSIDs available, bridging the wireless networks to different VLANs in order to separate them. I have a couple of them at the moment, but the main “secondary” network is the guest one.

On my guest network, I want to prevent any access to DD-WRT (such as the web interface, SSH management, and so on). AFAIK, there’s no graphical way to do so in the admin panel, so I resorted to a quick iptables rule.

Basically this tells the firewall to DROP every packet that comes in from the br1 interface (make sure it’s the correct one in your config) and that is destined to its IP address on that interface.

To save and apply this rule log into the web interface, go to Administration/Commands, paste the command above (make sure you’ve inserted the correct IP) and then click on the “Save Firewall” button. Done.

Note: with this rule DD-WRT will be unreachable from that VLAN/SSID, even to you, so you’ll always have to access it from the main VLAN/network.

TL;DR AirPort Basestations in Bridge Mode support the creation of Guest Networks, and all their traffic gets sent to VLAN 1003 on the Ethernet side.

I have a couple 5th-gen Apple AirPort Extreme Basestations in my house that I use to provide wifi access, together with a couple cheap TP-Link TL-WR841ND flashed with DD-WRT, and I run them all in bridge mode, as I don’t need their routing capablities. I rely on my PC-Engines Alix 2d2 running pfSense to be my router, so I just need wifi access points, not full-blown wireless routers.

One nice feature that you get if you do run AirPort Basestations as routers is the ability to have a completely isolated wifi network for guest use, that gets internet access but does not allow communication with devices on your private LAN.

Due to what I think is a bug in AirPort Utility, you can enable the guest network even when running your AirPort in bridge mode, the network is created and you can connect to it, but it looks like it doesn’t work: you don’t get an IP through DHCP, and any traffic seems to end nowhere.

After some Googling and Wiresharking, I found out that what actually happens is that AirPorts funnel all the guest network traffic to VLAN 1003, so if you have network equipment that is able to deal with VLANs you can actually use both Bridge Mode and Guest Network at the same time.

Luckily enough, my pfSense-based router is more than capable to do that, so I set up a Guest Interface on VLAN 1003, configured the DHCP server to assign addresses on that interface (on 10.10.10.0/24, while my main LAN runs on 192.168.1.0/24) and set up firewall rules to only allow traffic to the internet, and not to my LAN or other local subnets (such as my VPNs, and a second LAN I run on a different VLAN).